Types of Translation Techniques and Methods 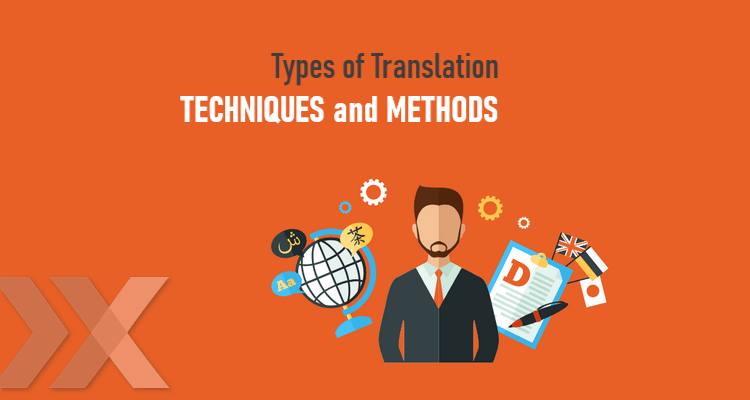 As discussed in the previous article, translation is a highly versatile professional field. Translators are language experts who often specialize in a specific field, such as law or medicine. However, they not only need to possess knowledge, but also need to have a well-developed translation methodology. In this article, we will explore the different translation methods and techniques that occur in this line of work and explain how they work.

Whenever you are reading something in a foreign language, your go-to response might be to try Google Translate first. And there is nothing wrong with that. Google Translate, and similar tools, have come a long way and can get a lot of the translation quite right. That is, until they get something very, very wrong, and a work safety article on “Fall protection” in English becomes a confusing piece on “otoño protección” (Autumn protection) in Spanish. A professional translator would know to use context cues and not attempt a word-for-word translation, but online translation services have yet to get that smart.

In a professional setting, like a courtroom for example, a translator can act as a smartphone app when asked to translate a text out loud into the target language. This is called sight translation, and it combines both translation and interpretation into one art. While it is very challenging for the translator, they will certainly do a far better job than an app because they know which sight translation techniques and methods can bring out the content and ”feel” of the translated text. Now let’s have an in-depth look at the translation methods and procedures.

One common translation method is called free translation. This can be referred to as creative translation, and, in a way, it is translation by any means necessary. This doesn’t mean that it’s inaccurate, more so that the translator doesn’t focus on the syntax and style of the source language. Instead, the reproduced text will be an accurate translation of the original, but it might not exactly mirror the original’s structure, grammar and register.

A similar method is called idiomatic translation, which reproduces the message of the original text by specifically utilizing the target language’s idioms and colloquialisms. This creates segments that look different and could not be translated directly, yet are still very similar in meaning.

On the other hand, a method called faithful translation attempts the opposite: creating a precise translation while sticking closely to the original’s syntax and grammatical structure.

Similarly, semantic translation closely relates to faithful translation, but it pays even closer attention to how the target language text looks, to its aesthetic fidelity when compared to the original. For example, while free translation might be perfectly suited for creative, marketing texts, faithful translation might be more appropriate for legal texts, where even the smallest nuance matters. Along the same lines, two languages might utilize completely different idioms to convey the same idea, but a legal text should look, sound and feel like a legal text no matter the language.

Direct translation techniques can be used when the elements of the text being translated are similar in both the source and target languages. These elements, such as grammar and sentence structure, or particular concepts about them, can be transposed from one language to another.

Oblique translation techniques are applicable when the former is impossible, when the meaning must be changed slightly, or the grammar and style of the text must be played with to translate it. These major techniques already match to some of the overarching methods we saw earlier, but let’s break this down even further.

The bottom-line of direct translation techniques is literal translation. Other types include borrowing, and calque.

Literal translation is attempting a word-for-word translation that is as close as possible to the original, especially regarding the text’s structure and grammar. While this can lead to very accurate translations, a rather large caveat exists. It can only be used for certain structures between certain languages, as there is no universal magic wand for using literal translation on everything.

Borrowing is simply one language taking words directly from another and using them as its own. One of the biggest ”offenders” of borrowing words from other languages is English, which continues to take in new words. As it turns out, the origin of some very English-sounding words today can be quite surprising: for example, not many people know that the word robot actually comes from Czech, and the literary works of Karel Čapek.

Some languages, like French, remain more resistant to borrowing, instead preferring their own equivalents, but most languages could easily find examples of borrowed words in daily use.

The other technique, calque, is slightly different. While it starts with a word borrowed from another language, it also translates this word into the target language, creating terms like standpoint in English (from German Standpunkt), or beer garden (also from German, Biergarten). Yet translators must be careful with calques, as many can be straightforward and easy to understand, while others become confusing with unintended and often humorous consequences. Calques are often context specific, with calque terms common in legal documents being very unfamiliar to regular people.

A simpler oblique technique is transposition, which changes the word order in a phrase or a sentence. Different languages have different rules about adjective, noun and verb positions in a sentence and relative to each other. For example, English places adjectives before a noun, whereas French often places them after. Therefore, transposition focuses on this and ensures that the words in the target language are in a new, correct order and the meaning of the phrase mostly remains the same.

Getting more liberal as we move through these translation techniques, reformulation or equivalence in translation comes back to idiomatic translation. This technique finds more creative ways for expressing the same meaning in completely different ways between the source and target language, and it can often be found in creative fields, such as marketing and advertising. Idioms can only be translated via reformulation, and one interesting example occurs in movie titles. They often appear completely unrelated between two languages, yet they are still intended to create the same idea or sentiment. However, some tend do a better job than others.

Adaptation takes this even further and adds in a wider cultural context to the reformulation, so that the idea being translated feels natural and easily understood by the speakers of the target language. For example, while jokes featuring Wales and farm animals might make sense in England, this nuance would be lost on Eastern Europeans. However, eastern European countries would have their own cultural stereotypes and whimsical, or very real, historical rivalries. Adaptation must find and choose the most appropriate cultural reference in this case.

Finally, compensation is a technique utilized when something cannot be translated into another language, whether it is a grammatical concept in the source language, or a cultural construct that has no equivalent in the target language. For example, some languages distinguish formality when addressing another person (e.g., tu and vous in French, as well as similar examples in German, Slovak and other languages), in contrast to English, which only recognizes one ”you,” and instead expresses formality degrees in other ways.

Similarly, Japanese has many ways for expressing hierarchical relationships between people, with the use of –san, -kun, -chan, etc. after another person’s name. These simply do not exist in most other languages and a translator would have to find a way to approximate their meaning in the target language. Needless to say, this can be very difficult.

There is a time and a place for each of these methods and techniques. On top of mastering the languages, a translator must know which technique to use and when, and sometimes even why. So, the next time you see someone sight-translating with the ease of a seasoned professional, think about all of the processes that go on beneath the seamless act of reading something in one language and saying it out loud in another.

I hope that any self-professed linguistic nerds among you have learned something interesting today. And, for anyone interested in translation who feels discouraged by all of this, consider the following—getting good at anything takes times and effort, sometimes even the proverbial Malcolm Gladwell’s 10,000 hours. But how cool would it be to learn all of the tricks of the trade that a translator carries with them?

As a bit of a restless expat, translation and writing haven’t initially counted among my passions. Having previously lived, worked and studied in eight countries on three continents, I have made my way through academic research and teaching English before serendipitously finding LEXIKA in 2020 and joining the team. Over the last couple of years, I have gotten a few original publications and a range of translation projects under my belt, constantly striving to learn something new and improve. Currently split between writing, translating and a product research gig for a US tech startup, I am a true jack of all trades, master of none.

« Online security: Why do regular updates matter?
Online Security: How to back up your data »
We've made some important changes to our Privacy and Cookies Policy and we want you to know what this means for you and your data.I acceptMore information