Finno-Ugric Languages: Categorisation and What Makes Them Interesting? 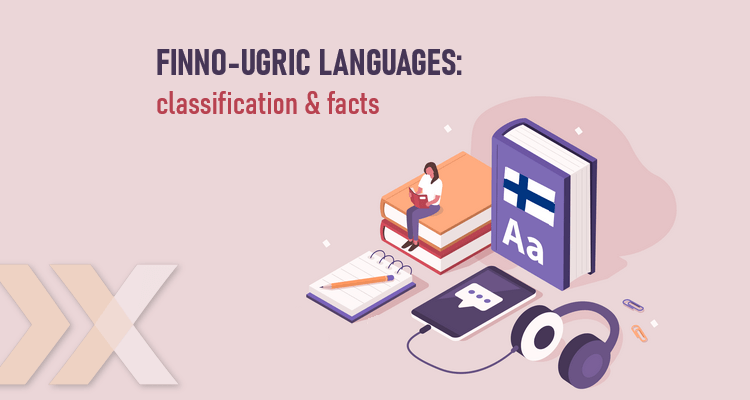 What comes to mind when you hear the term Finno-Ugric languages? Finnish? Hungarian, possibly? Did you know that this language family also includes Estonian, the Sámi languages and the lesser-known Karelian? This article introduces you to the historical development of Finno-Ugric languages, their categorization and a few interesting details about them.

Finno-Ugric Languages Have Been Around Since 4,000 BCE

Finno-Ugric languages originate approximately in the year 4,000 BCE, when the Finno-Ugric tribes started separating from the Samoyedic. They moved to the land between the Sayan and Altai rivers, where they stayed for a few centuries. Over time, they started moving farther east of the Ural Mountains.

The expansion of the Finno-Ugric tribes led to the split of a once unified language tree into Finno-Permic and Ugric. The latter remained present in the Southwest regions. The Finno-Permic settled in the Northwest regions, east of the Ural Mountains. Then, further development of these sub-branches was mainly influenced by the languages of the respective neighbouring countries.

This subdivision includes multiple branches. The Balto-Finnic languages are perhaps the most prominent, comprising Estonian, Finnish, Meänkieli, Karelian and Livonian. Additionally, this subdivision also includes the Sámi languages. Most of these are now extinct. However, some forms of Sami remain alive today.

Additionally, the Finno-Permic subdivision includes the Mari and Mordvinic languages. The Permic division consists of, among others, Komi and Udmurt. Other languages also fall in this division. However, most of them are extinct or considered dialects.

The members of the Ugric subdivision originally come from the area between the Tobol, Ishim and Irtysh rivers. This originally unified language branch split into Hungarian and the Ob-Ugric languages, such as Mansi and Khanty, in approximately 1000 BCE.

There are considerable differences between the Finno-Permic and Ugric sub-branches, and their respective languages aren’t mutually understandable.

The latter was influenced by Iranian, Slavic and partly even Romance and Germanic languages. Conversely, the Finno-Permic sub-branch was mainly affected by Baltic and Germanic tribes. These tribes are responsible for the main part of its vocabulary.

The Most Popular Finno-Ugric Languages

The most popular Finno-Ugric languages are Hungarian, Finnish and Estonian. Here are some interesting facts about these three languages.

Although Hungarian is considered an exceptionally difficult language, in reality it’s roughly as hard as Czech. Many experts name it the fifth most difficult language in Europe. Interestingly, a considerable part of its vocabulary comes from Slavic languages. In particular, we can find more than 600 of these features in Hungarian.

Did you know that… Hungarian is the only language spoken in Central Europe that doesn’t belong to the Indo-European language family?

Currently, there are approximately 15 million Hungarian speakers, while around 10 million of them live in Hungary. There are eight Hungarian dialects. The Csángó way of speaking is particular for it resemblance to earlier forms of Hungarian.

Finnish is currently spoken by roughly 5.5 million people. It’s used not only in Finland, but also in Karelia and some parts of Sweden, Norway and many other countries.

Did you know that… Finnish uses the special Finnish version of the Latin script, dropping the letters F, Q, W, Z, B and C.

There are many interesting Finnish idioms. One of them is “nostaa kissa pöydälle”, which roughly translates to “put the cat on the table”. The Finnish put cats on tables when they are getting ready to bring up a difficult issue. Something very similar to the English “elephant in the room”.

Out of all the Finno-Ugric languages, Estonian is the closest to Finnish. It is spoken by approximately 1.1 million people. Nouns in Estonian don’t have grammatical gender. Estonian orthography uses a modified version of the Latin script without the letters C, F, X and Y. These can only be found in words taken from other languages.

Did you know that… Estonian uses three degrees of contrastive quantity in its phonology: short, long and overlong.

Speaking of phonemes, in Estonian you can easily encounter words with four consecutive vowels. Take the phrase kuuuurija istus töööös jääääres. This can be translated as “the star-gazer sat on the edge of an iceberg during his night shift”. And if this tongue twister isn’t enough for you, then here’s a bonus: õeäärne õueaiamaa, which means “a garden by the riverbank”.

Let us know if you succeeded in pronouncing these tongue twisters. Next time, we’ll look at some more interesting languages.

« Meet Central Europe Conference 2022
What Does It Take to Become a Good Translator? »
We've made some important changes to our Privacy and Cookies Policy and we want you to know what this means for you and your data.I acceptMore information