Is Esperanto the language of the Future? | Lexika

Is Esperanto the language of the Future? 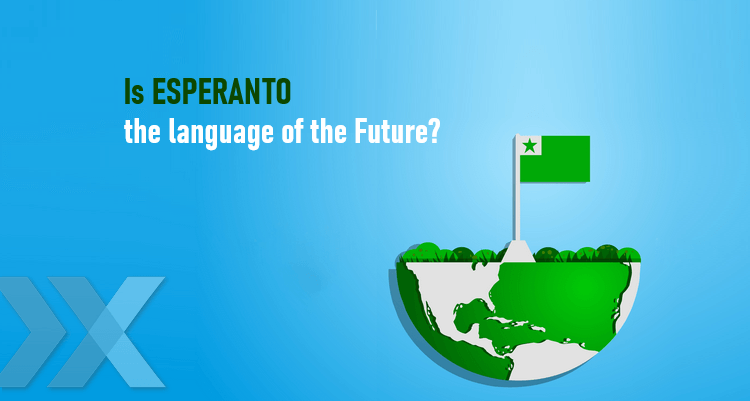 Reading time 5 minutes
I’m sure you’ve already found yourself needing to pull out some foreign language skills but didn’t feel very comfortable about it. How easy would it be if there were no language barriers between nations? How helpful would it be if there was only one language that would facilitate communication and mutual understanding?

This article introduces a language that connects us all no matter our nationality. No, I don’t mean English – I’m talking about Esperanto.

Esperanto is an artificially constructed international language which originated at the end of the 19th century in Poland. Currently, many artificial languages have been created for various purposes. These include the Klingon language spoken on Star Trek, or the Dothraki language used by the warriors in Game of Thrones, both of which serve exclusively to enrich those fictional worlds. We don’t use them to communicate in ordinary life. But the Polish doctor Ludwik Lezjer Zamenhof had a more noble idea – to connect nations through a common language.

Zamenhof constructed the foundations of Esperanto and helped introduce this concept into real life. His work has gained support worldwide due to its resonance and learnability. Esperanto serves as an auxiliary language for international communication, stemming from Latin. Moreover, it is influenced by Russian, Polish, English, Italian, and German. Zamenhof aimed to construct a modern language based on Latin. Those who already know a language coming from Latin (Spanish, French, etc.) are at an advantage, as learning Esperanto is much easier for them.

Many Esperantists claim that Esperanto can be learned faster than any other language thanks to its simple grammar without exceptions, its “familiar” vocabulary, and phonetic spelling. Some sources suggest that an average person can learn Esperanto in just six months. Many publications are currently translated from different languages into Esperanto. Original literature is also published, and there is even radio broadcasting in Esperanto.

There are pros and cons to everything, and Esperanto is no exception. One disadvantage is that there are still relatively few Esperantists. However, in Esperanto the advantages outweigh the disadvantages. They include the following:

Apart from these benefits, Esperantists (and Non-esperantists alike) believe that a common language could help eliminate world conflicts. If people speak the same language, then they are automatically closer to each other, they understand each other better, and they can reach agreements more easily.

(Not Such a Terrible) Bogey Named Grammar

Grammar can be difficult to learn for almost anyone, but you truly don’t have to worry about it when it comes to Esperanto. All of its grammar rules can fit on one page.

The best rule of Esperanto? One-to-one correspondence of letter to sound.

The word order in Esperanto is very simple. The basic sentence structure looks like this:

Changing the word order in a sentence creates different emphases, but the overall sentence meaning stays the same. Therefore, creating a meaningless combination of words is rare. It doesn’t need to delight the ears, but the meaning remains.

Esperanto only has a definite article – la. It stands in front of nouns similarly to the English “the”.

All nouns end with a suffix –o. Nouns in Esperanto have no grammatical gender. Plural is created using the suffix –j. It is added to nouns and adjectives.

A suffix –in is used to express the female grammatical gender. A male student in Esperanto is lernanto, and a female-student is lernantino. Patro is used to denote a father, while patrino denotes a mother.

Adjectives in the singular form always bear a suffix –a. Most often they stand in front of nouns and expand their meaning.

Verbs in the infinitive form end in a vowel –i, for example: lerni (to learn), labori (to work), legi (to read), manĝi (to eat). No matter what the person and number, present tense uses a suffix –as, past tense uses –is, and future tense uses -os.

It doesn’t sound too complicated, does it? ?

Esperanto – Vocabulary to Your Pocket Dictionary

Have a look at a little vocabulary sample, and comment whether some of the words remind you of their foreign counterparts.

Esperanto can be Self-Taught

As with any other world language, you can learn Esperanto at home all by yourself. You can get course books for self-study, and educational videos are available online. Slovak Esperantists certainly don’t loaf around, and they’ll help you immerse yourself in the waters of this beautiful language via language courses.

Supposedly, you can learn Esperanto in 12 days. Dive in and take the intensive course of learning Esperanto using texts with recordings and vocabulary. 12 days is nothing compared to a lifetime without another language.

Find free online courses on the webpages lernu.net and kurso.com.br.

If you aren’t sure whether Esperanto is your cup of tea, then you don’t have to buy any literature in the beginning. Course books are also available online. For example, you can look at A Complete Grammar of Esperanto by Ivy Kellerman or The Esperanto Teacher: A Simple Course for Non-Grammarians by Helen Fryer.

If you need to translate just a few words, then you’ll probably go for Google Translator, which offers translation to and from Esperanto. However, there are numerous online Esperanto dictionaries:

The knowledge of Esperanto opens many doors. You can easily set out on a journey around the globe and you’ll meet someone who speaks it basically everywhere. Even if languages aren’t your usual domain, with Esperanto it’s not a problem. Are you in? ?

I joined the Lexika team in 2021. That year represents changes and dreams finally coming true for me. One of those dreams was to find a job in my field of study, which is translation and interpreting. I studied French together with Arabic, but when someone asks what motivated that decision, I just shrug my shoulders and say I have no idea. Perhaps it was intuition. One of my favourite pastimes is writing, and I’m glad I get to mix business with pleasure at Lexika. My goal is to gain experience and perfect my skills so that one day I can tell myself I’ve become a part of the translator community and it won’t feel surreal.

« What is Interpreting?
50+ Most Useful English Abbreviations & Acronyms »
We've made some important changes to our Privacy and Cookies Policy and we want you to know what this means for you and your data.I acceptMore information