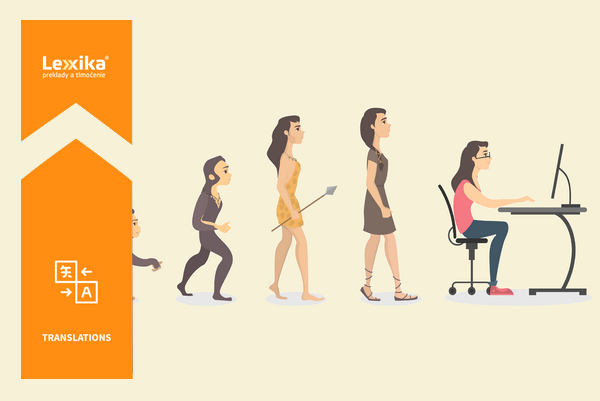 In the beginning was the Word... And that Word had to be later translated into another language. We wouldn’t know about many things, about the evolution of civilization and our world would simply not be the same, if it wasn’t for words we could understand.

The need for translation has existed ever since people started speaking different languages. At the beginning, documents had to be translated manually. The entire process required cooperation among many people and took several months or even years to complete.

The beginnings of translating

According to several sources, the first translations were produced in the cradle of civilization – Mesopotamia, where the first example of a written translation of the Sumerian Epic of Gilgamesh was found. It was translated into Asian languages in approximately 2,000 BC. The collection of Indian Sutras translated by Buddhist monks into Chinese is also one of the ancient translated works. A little later, other well-known translations of ancient Greek texts by Roman poets were made. Even Cicero and Horace were users of translation services. 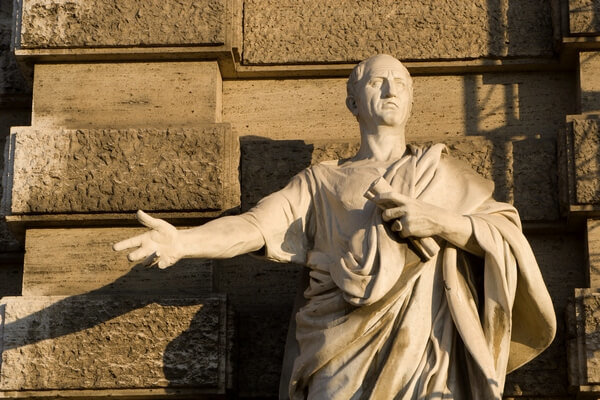 Religion and religious texts played an important part in the evolution of translation. One of the first examples is the translation of the Bible – the Old Testament from Hebrew into Greek in the 3rd century BC. About 70 scholars worked on this translation, that’s why it’s called Septuagint, and the final translation became the basis for translations into other foreign languages. Legend has it that all 70 translators worked in separate rooms and all 70 completed versions were identical. In reality though, there are many differences as far as the style and the choice of words in the said translations are concerned.

According to historians, translating also preserved the knowledge of Greek philosophers, thanks to translations made by Arab scholars. Following the decline of Ancient Greece, the Arabs translated many scientific and philosophical texts into Arabic, which were later translated into Latin. This way, these precious theories and works have survived to this very day.

Another piece of work important in the world of translation is the Rosetta Stone named after the Egyptian town of Rosetta (Arab. ar-Rašíd), where it was discovered. The Stone dates back to 196 BC and is covered in a text written in three different scripts: Egyptian hieroglyphic, Demotic, and Ancient Greek. Its discovery was a breakthrough in the understanding of the hieroglyphic script.

Saint Jerome is recognised as the patron saint of translators. He was inspired by religious themes, and, in the 4th century AD, he translated the Bible into Latin. Known as the Vulgate, it became the Catholic Church's officially promulgated Latin version of the Bible. Only then was the Bible translated into other European languages, which caused the division of Christianity into Catholic and Protestant. Martin Luther, who began the Protestant reformation, translated the Bible into German and is therefore considered one of the best translators of his time.

Other well-known translators include:

Thanks to the industrial revolution, the industrial and trade boom inevitably led to globalization and therefore translating also gained momentum. The advancing thinking about translating led to a more systematic view of this activity and in the second half of the 20th century an independent scientific discipline concerning translating and interpreting evolved – translatology.

However, the greatest revolution not only in translating was without a doubt caused by the internet, connecting people and information from all corners of the world. That’s why translating gradually became a revolutionary profession and we have come very far from translating manually on clay tablets or paper. Today, translators have many tools at their disposal to make their work easier. Dictionaries, encyclopedias, and term bases can be accessed by a couple of clicks. There are many translation, terminology and revision tools to choose from.

And what’s next in store for translating?

Even though there is the assumption that machines will replace translators, there’s no need to worry, because we’re very, very far away from that. Although technology is constantly advancing and translation tools make use of neural networks, machine translation is still flawed and serious mistakes occur even today.

To prevent mistranslations, we have to maintain the human factor in the process of translation. We recommend you choose a proper professional translator or a translation agency to have your texts and audio or video recordings translated into the language of your choice, while preserving the original meaning and observing cultural specificity.

So far, translating has come a long way, but it still has at least as long a journey ahead of itself. The world will continue in globalization and curiosity, pursuit of information, and the technological boom will ensure countless texts will have to be translated. So, we definitely have a lot to look forward to!

« An island with untameable nature, but no forests. Welcome to Iceland!
Slovak – the Slavic Esperanto »
We've made some important changes to our Privacy and Cookies Policy and we want you to know what this means for you and your data.I acceptMore information