An island with untameable nature, but no forests. Welcome to Iceland! | Lexika

An island with untameable nature, but no forests. Welcome to Iceland! 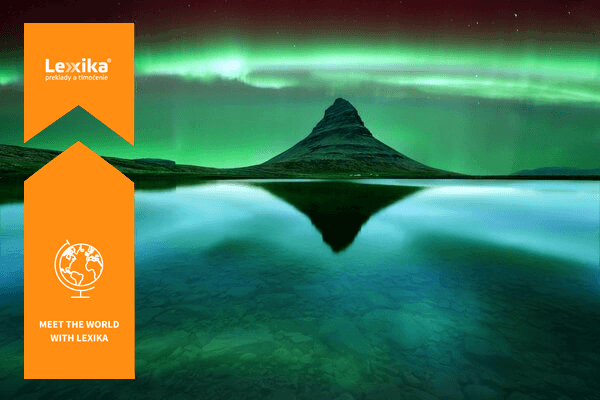 Nature. It is the reason why Iceland became one of the most visited tourist destinations not only in Europe, but in the world. This island country which lies below the Arctic Circle in the Atlantic and Arctic ocean can pride itself for example on the fact that massive glaciers, the reminders of the Ice Age, are still present here. Iceland can also “play havoc” with air transport at any time! There are many volcanoes, which erupt about every four years and can interfere with flights to anywhere in the world.

Bubbling geysers and fiery volcanoes are some kind of national symbols for the Icelanders. Their love of nature is also reflected in the flag of Iceland, where red represents the active volcanoes, white represents the snow and ice, and blue represents the ocean that surrounds this island country.

Other gems of Icelandic nature include rivers, lakes, and thermal springs. Iceland has the largest number of thermal springs in the world and they use them as an energy source for heating. Perhaps the biggest treasure is the charming Blue Lagoon. No, we’re not talking about the well-known romantic movie, but about the most beautiful natural geothermal pool which is one of the world’s unique retreats. Hot thermal water is a balm for the soul and many visitors could spend hours, days, or weeks bathing there.

Life in Iceland has another advantage; there are no mosquitoes- which is great news for everyone who suffers every year, bitten by these tiresome bloodsuckers.

In short, Iceland is magnificent. However, something is missing there. Maybe you didn’t know this, but you won’t find a forest in Iceland! Vikings felled most of the trees on Iceland more than a thousand years ago. In the present day, less than one per cent of the island is covered with trees and you will only find dwarf willow, birch or juniper.

Paradise on Earth and world peace

So, could you imagine living in a volcanic field, bathing in a thermal spa, without any trees or mosquitoes? If you still want something more, it must be world peace. And beer! Iceland has for a long time been one of the most peaceful countries in the world, and, since they legalized the drinking of beer in 1989, a paradise on Earth for many people...

In 2017, Iceland was ranked the most peaceful country in the world for the eighth year in a row. It’s no wonder, given that the first-ever Icelandic police shooting happened in 2013, leaving a single victim. Moreover, there is no military, no navy, and police officers are even unarmed in Iceland. What for, when the level of corruption, functioning of the government and acceptance of human rights are among the world’s best here? We can only silently envy them...

Democracy has also been applied here for a long time, since 930. To prove that, the Icelanders were the first in the world with a woman as head of state – the world's first democratically directly elected female president named Vigdís Finnbogadóttir. Another woman in the Icelandic government was the Prime Minister Jóhanna Sigurðardóttir, who was also outspoken about being homosexual.

By the way, did you notice anything suspicious about the names of these two important ladies? Both surnames end in “dóttir” and in Icelandic it means daughter. It has its reason, of course. The usual system of passing surnames from generation to generation doesn’t exist in Iceland. They use their traditional name system - a so called Nordic system - according to which a baby’s second name indicates the first name of their father or mother, ending either in -“son” (son), or “dóttir” (daughter).

Elves without McDonald, but with Coca Cola

Iceland is a country full of seemingly endless peculiarities and oddities. For example, try to ask Icelanders how many of them believe in Elves. The answers may really surprise you. According to a survey, more than half of Icelanders believe in invisible mythological creatures – Elves. There was one peculiarity related to them in Iceland: while a road was being constructed, the Icelandic Ministry of Communications once gave citizens this official announcement: “The construction will be suspended until the Elves and gnomes have moved to another area.” What do you think about that? Cute or crazy?

Finally, we’ll talk about a curiosity related to one of the major American companies. We’re talking McDonald’s - the popular fast food chain, known by virtually everyone, that has restaurants everywhere in the world, except for seven countries. Iceland is one of them. However, unlike in the other countries, McDonald’s used to have three restaurants here, which were forced to shut down due to the collapse of the Icelandic króna in 2009. On the contrary, the American Coca-Cola company is doing great in Iceland. Per capita, Icelanders drink more Coca-Cola than any other nation. However, if you would like to have ice in your Coke, you should know that you can only get imported ice. No kidding!

So: Skál! Cheers! To Iceland!

« Software tools for effective translation and localization of content
Evolution of translating »
We've made some important changes to our Privacy and Cookies Policy and we want you to know what this means for you and your data.I acceptMore information