Translation and subtitling of a video | Lexika

Translation and subtitling of a video 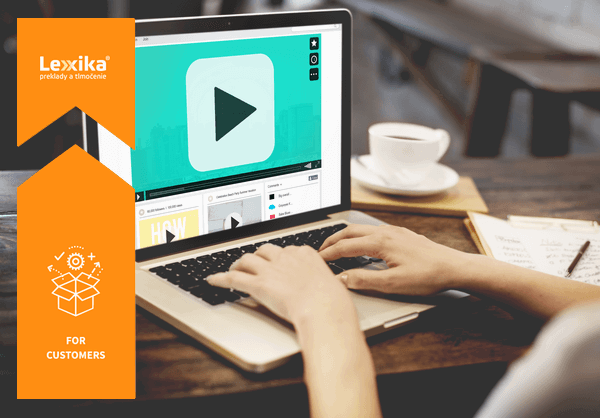 Everyone has surely seen a movie or a video in its original version with subtitles instead of dubbing. We have delved deeper into the process of subtitling and found out why subtitles deserve your appreciation.

Nowadays, cinemas offer a large number of movies with subtitles instead of dubbing. However, many people dislike movies like this. They argue that subtitles spoil their viewing experience. Reading subtitles is less comfortable for people who can’t speak the foreign language and at the same time, it poses a distraction to the people who can speak the foreign language. Another possible argument against subtitling is that it is only an effort to save on the cost of dubbing artists. In spite of that, subtitles have some advantages too. Let’s look at them.

Subtitling is far less time consuming than dubbing, effectively shortening the time needed to release the movie in many different countries. And we all know the times we live in. We want to buy every new product as soon as possible, ideally the instant it hits the market. That’s the first reason why subtitles are better than dubbing – they can be produced much faster.

In addition to faster release of the movie or video and the related financial and time savings, subtitles also have a considerable educational function. It may sound funny, especially when you think about what kind of movies the movie industry has produced lately, but watching foreign language movies or videos with subtitles can greatly improve one’s language skills.

In contrast to dubbing, subtitles add to the authenticity of the movie. Why, you might ask? It doesn’t matter if it’s a movie or an educational video, the picture is more believable when it’s not dubbed, because we can hear the speaker, their natural tone of voice, manner of speaking and accent combined with the energy and emotion put into the speech. People involved in the dubbing business can’t always match the “right” voice to a face.

How are subtitles translated and produced?

Literalness of the translation and its effect on the subtitle

We often hear that subtitles in a movie or video were translated and used incorrectly, but it doesn’t always have to be the case. Subtitles have to follow certain rules and limitations, based on which the content of the subtitle is adjusted. If there is high frequency of spoken words in a movie or a video, it’s nearly impossible to include every single word in the subtitle. Translators sometimes have to work with all of the content and its meaning and then shorten or reduce it to capture the point. This, of course, has to fit into the length of the subtitle.

When translating the subtitles for an actors’ film or documentary, a similar principle as in literary translation has to be maintained.

What’s said on the screen doesn’t always have to be translated word-for-word. It’s related to the aforementioned, but also to other rules we should follow when producing subtitles. For example:

Length of the subtitle

A subtitle as such has its limitations in terms of numbers of characters. We can divide it into two lines at most and one line cannot have more than 35–40 characters. Otherwise, it could be hard for the viewer to grasp the meaning.

Duration of the subtitle

Graphic and placement of the subtitles

Usually, subtitles are shown at the bottom of a screen and are centred. In rare cases, a subtitle can be shown at the top of a screen, especially when original video contains text (for example subtitles related to the production of the movie). Subtitles are most commonly displayed as sans serif font and white letters without a background. If the video contains too many colours and the subtitles could be missed or difficult to read, we can usually add a black background.

I started working at LEXIKA in 2017, shortly after getting a degree in translation and interpreting. I was overjoyed to be able to work in the field in which I majored. I work as a project manager and oversee the processing of projects, such as specialised (uncertified) translations, interpreting projects, and other related services. A pleasant and friendly atmosphere prevails in LEXIKA and while working, I learn a lot about the world of translation and interpreting, and it also helps me to grow as a person. (2020 Update: After more than two years, I decided to return to my home town, but I will always keep fond memories of LEXIKA and look forward to paying them a visit. I am happy and grateful that I could be part of the LEXIKA team.)

« Croatia is more than just a sunny beach
Bon Appétit. Do you know your culinary terms? »
We've made some important changes to our Privacy and Cookies Policy and we want you to know what this means for you and your data.I acceptMore information