Slovakia – the heart of Europe in the right place | Lexika

Slovakia – the heart of Europe in the right place 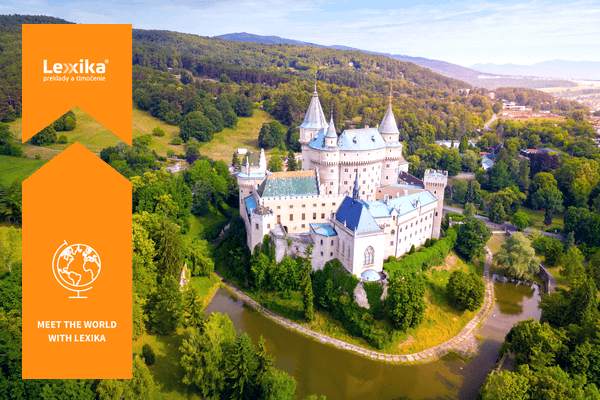 After discovering various countries in our previous articles, it is finally time for the little big country of Slovakia. It’s true that Slovakia is not one of the big players, area- (49,036 km2) or population-wise (roughly 5.5 million), but its greatness lies in something else entirely. Let’s see what it is. Welcome!

Let’s have a look at Slovakia from a different point of view. We’ll start with the heart. The heart is one of the vital organs in the human body. It’s a symbol of love, affection, fighting spirit, life force, and other qualities related to the show of emotions. It has always been a Slovak tradition to welcome guests warmly, and offer them bread with salt and homemade spirits. From the standpoint of geography, Slovakia is indeed considered a “heart of Europe”. We can therefore proudly say that Europe wouldn’t be Europe without Slovakia in it.

Beautiful women and shiny cars go together like salt and pepper – it’s probably gentlemen who will agree with this statement. Many people might not know this, but Slovakia is a country of cars. If we look at it per capita, Slovakia is the biggest manufacturer of cars, as for every one thousand citizens, Slovakia make 200 of them. And a beautiful car deserves a beautiful woman, right? Beauty is obviously in the eye of the beholder but no conversation about the most beautiful women in the world can do without mentioning the charming Slovak women.

World-class Slovakia and its superlatives

Apart from the beautiful nature, High Tatras, Slovak traditions, folklore, and food Slovakia has many other jewels worth mentioning. For example more than 6,000 caves, 1,300 mineral springs, or 120 castles and palaces – the highest number per capita, even though most of them have declined into ruins. Slovakia surely doesn’t play second fiddle to the world, as you can find out from these superlatives:

Slovaks who changed the history

We have also prepared a short list of Slovaks who changed the course of history:

However, Slovakia can pride itself on important discoveries and inventions even today. These include the flying car, quickly degradable plastic, ceramic material for supersonic planes and many more. Therefore, we can say that the current official Slovak slogan “Good Idea, Slovakia” is very fitting.

« Free Subtitling Tools for Easier Captioning
One hundred years of friendship – Happy Birthday, Czechoslovakia! »
We've made some important changes to our Privacy and Cookies Policy and we want you to know what this means for you and your data.I acceptMore information