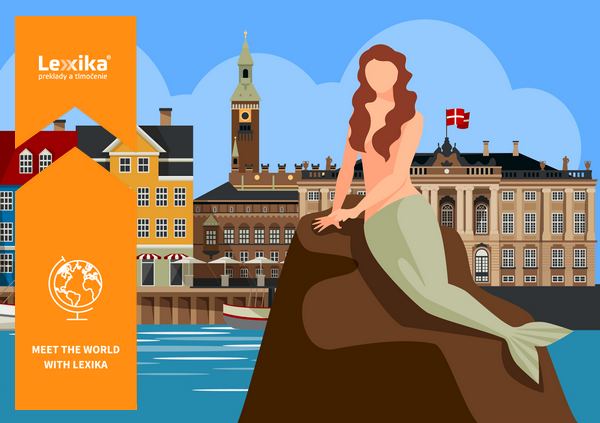 Who is not familiar with Hans Christian Andersen, his fairy tales and beautiful homeland? The Emperor’s New Clothes, The Ugly Duckling, and The Little Mermaid are literary works written in golden letters in the history of fairy tales. These letters were written in the Danish language, indeed.

Other characters that appear in fairy tales, stories, TV series, and movies are Vikings, the indigenous Danes, renowned for their wars of conquests, battles, and dragonships. It is well known that the Vikings who lived in the period from the 1st to the 11th century used the Runic alphabet. Although it was gradually replaced by the Latin script under the influence of Christianity, it was still in use to a certain degree in the 19th century.

...there was the smallest Scandinavian country, which is now presumably the longest-lived kingdom in the world. The official language of Denmark is Danish, but there are several minority languages spoken through the territory, including Faroese and Icelandic. Danish is a North Germanic language and a native language to approximately 5.5 million inhabitants of the Kingdom of Denmark, the Faeroe Islands, and Greenland. Apart from Denmark, Danish is also used in Schleswig, which is a part of northern Germany, in various corners of USA, mainly in California and in sunny coast of Spain.

The Danish language has almost 30 dialect varieties. The main three are divided into Western, Insular, and Eastern. The Western dialect is further divided into Western, Southern and Eastern Jutlandic and we could go on and on like this.  The number and diversity of dialect varieties is the reason why it is quite common to watch Danish movies with Danish subtitles. The Danish alphabet consists of 29 letters. Apart from the letters of the Latin alphabet, it has three additional letters Æ/æ, Œ/ø and Å/å. One of the peculiarities of standard Danish is the fact that it distinguishes only between two grammatical genders. However, they are not feminine and masculine, as we would probably expect, but common and neuter.

“Please” does not exist in Danish!

Did you know that there is no direct translation for the word “please” in the Danish language? Since early childhood, our parents taught us to use the magic words Please and Thank you all the time. It is not, that the people in Denmark used one less word, quite on the contrary. Instead of the word “please”, the Danes use a phrase „Må jeg bede“, meaning literary “may I ask for”.

If you have ever been to Denmark or are just planning to go, the Danish language is well worth learning. And if you ever forget their polite phrase, it is all right to use the English word “please”, which is understood by almost everyone.

« A cup of coffee with our Russian translator
Welcome to Denmark – a country of many superlatives »
We've made some important changes to our Privacy and Cookies Policy and we want you to know what this means for you and your data.I acceptMore information