Icelandic – is it going to last? | Lexika

Icelandic – is it going to last? 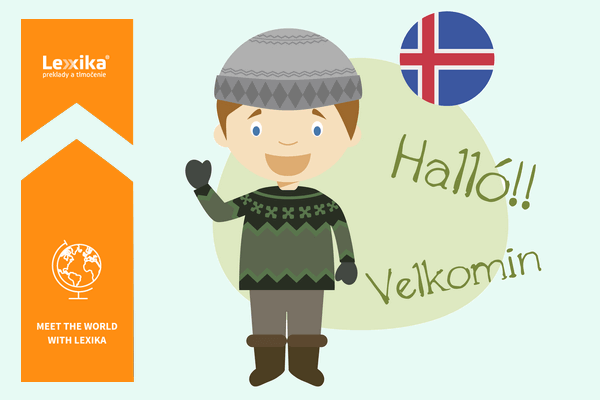 Do the so-called dead languages ring a bell? These languages don’t have any new native speakers. The best-known dead language is Latin and it seems that Icelandic is slowly, but surely becoming one of the dead languages. At least linguists and various analysts predict it at this time.

Even though it is still in use and has nearly 330,000 speakers, Icelandic is on the verge of extinction. It may lose out to the invincible and immortal English. Teenagers, for example, talk among themselves more in English than in their native language. The Icelandic tourism boom is another problem. The demand for English speakers is higher because of tourism and work seems more important to them than national pride, therefore they put English before their mother tongue.

Icelandic doesn’t give up and fights back!

Icelandic is a unique Nordic language and Icelanders regard it as a symbol of national pride. Icelanders fight for their language not to be erased from the map of world languages, despite the fact that Icelandic is going out of fashion and its use is seriously endangered, which is caused by the continual use of English. Especially the older Icelanders who are still mindful of the role their language has played in their beautiful country’s struggle for independence.

They are aware in Iceland that if they want to keep their language and make it popular again, they need to take action. Perhaps the most important thing is to support Icelandic in schools, and not only among pupils and students. The extensive “adoption” of English was one of the reasons why the Icelandic Ministry of Education decided to invest several million dollars incorporating the Icelandic language into technologies with the goal of making the young people more interested in their native language.

Icelandic is a North Germanic language and belongs to the Indo-European language family. The Icelandic language dates back to the Viking Age and the Celts, who built the foundations of Icelandic through Gaelic. The evolution of Icelandic was subsequently influenced by Danish and the Nordic languages. This language has gone through little change since the Middle Ages and wasn’t influenced by other European countries thanks to the fact that Iceland stood isolated from them.

Icelandic is the official language of Iceland, but it is also spoken in the U.S., Canada, and Denmark as a language of the diaspora. Icelandic uses the Latin writing system and its alphabet consists of 32 letters.

From the point of view of grammar, it has three grammatical genders, three persons and two numbers for nouns. Nouns and adjectives are declined in four grammatical cases – nominative, genitive, dative and accusative. One of the grammatical peculiarities is that every gender and case has a specific ending, which is added to the root of the word. On top of these endings, Icelandic also uses definite articles. Perhaps the toughest nut to crack, according to those studying Icelandic, is the difficult pronunciation and the length of Icelandic words.

Talking about the length of words, we have the longest Icelandic word for you, which has 64 letters: „Vaðlaheiðarvegavinnuverkfærageymsluskúraútidyralyklakippuhringur“ which can be translated as: A keychain ring for the outdoor key of road workers shed in a moor called Vaðlaheiði.

Finally, there is one more peculiarity: despite the popularity of English on this island, Icelanders don’t like international loanwords entering their language and prefer to translate everything their own way. For example, a phone is “sími”, a camera is “myndavél”, and a museum is “safn” (often used as a suffix, depending on the type of museum), and the Icelandic word for the police is “lögregla”.

So, what do you think? It’s an interesting language, isn’t it?

« 4 + 1 tips for video localization
Software tools for effective translation and localization of content »
We've made some important changes to our Privacy and Cookies Policy and we want you to know what this means for you and your data.I acceptMore information