Slovenian language – the most romantic of all Slavic languages | Lexika

Slovenian language – the most romantic of all Slavic languages 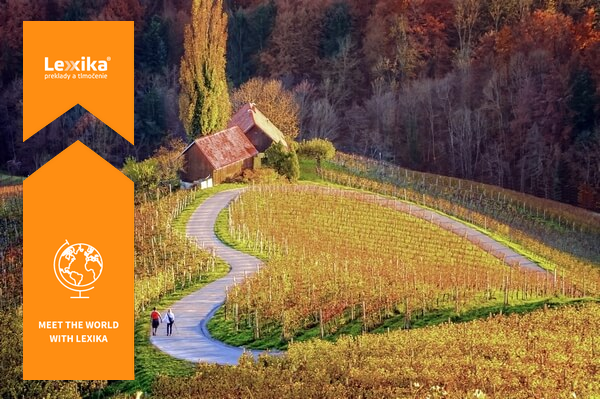 Let’s start with the basic facts: Slovenian is an Indo-European language and together with Croatian, Serbian, Bosnian, and Montenegrin it belongs to the South Slavic languages. Slovenian is the official language of Slovenia and is spoken by about 2.5 million people. It uses the Latin alphabet with 25 letters.

Slovenian was first spoken by Slavs, who in the 6th century had already started to settle in the area of present-day Slovenia. The first Slovenian documents are the Freising manuscripts, which date back to the 10th century.

Slovenian is considered a romantic language, because it is one of the few languages that have preserved the dual grammatical number (in addition to singular and plural). It is used when referring to two people or objects.

Slovenian – a parade of accents and dialects

Even though Slovenia is a small country, Slovenian has the highest number of dialects from all of the Slavic languages. To be more specific, there are 7 main dialects: Carinthian, Upper Carniolan, Lower Carniolan, Littoral, Rovte, Styrian, and Pannonian. And each of them is divided into 7 subdialects.  Some dialects are so different, that for people from other regions they are hard to understand.

The reason for this diversity is the settlement pattern of the past. Originally, there were four language groups in Slovenia – Slavic, Romance, Germanic, and Finno-Ugric. Every region had a specific climate, forest cover or valleys. Even today, Slovenia is known for its natural and cultural diversity. Also, it’s not far to travel from the seaside to an area with an alpine climate. However, in the past, these specifics greatly reduced contact between people and consequently, the languages of these regions have also become peculiar when it comes to pronunciation and grammar.

Slovenian is one of the „polite languages“, which means that there are two versions of addressing someone: informal („tikanje“) and formal („vikanje“), depending on your relationship with the other person. The informal version of “you” = “ti” is used when talking to friends, family, or people you know well. The formal version of “you” = “vi” is more polite and by using it you express respect. It is used when addressing adults, older people, and people you don’t know. Formal “you” has its place in business relationships as well, and it is often written with a capital letter in formal emails.

« Mistranslations and How They Changed the World
5 reasons to subtitle (all) videos »
We've made some important changes to our Privacy and Cookies Policy and we want you to know what this means for you and your data.I acceptMore information