Slovenia – a small country that has everything | Lexika

Slovenia – a small country that has everything 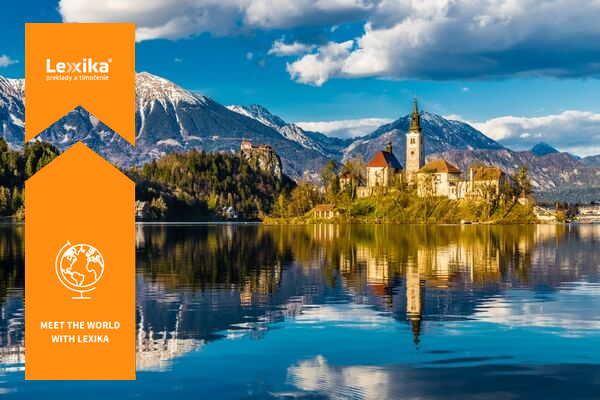 The Alps, caves, and even Slovenian Venice, as they call the seaside city of Piran. After the breakup of Yugoslavia, Slovenia sliced off a truly beautiful piece of land, extraordinarily rich in culture and natural heritage. However, let us discuss it one point at a time.

A castle hanging over a lake with an island in the middle of it? Not a problem in Slovenia!

As we already mentioned, Slovenia has much to be proud of, even though it’s one of the smaller countries.

Slovenia is a maritime and, paradoxically, mostly mountainous country. The highest mountain range is the Julian Alps, where Triglav, the highest mountain, proudly stands 2,864 metres above sea level. On the east side of this range, you can find a glacial lake called Lake Bled. In the middle of this lake is an island in the shape of a teardrop with a church dedicated to the Assumption of Mary. And 130 metres above all this beauty stands the oldest Slovenian castle dating back to the 11th century.

We mentioned the sea and therefore we can’t omit the Slovenian version of Venice – the city of Piran, which lies directly opposite to its more famous “twin town”. The architecture of this city is noticeably inspired by Italian style and even the names of the streets are bilingual here. Less than seven kilometres from the city of Piran stretch the salt flats, where salt has been produced since the 13th century, with the original technique of extraction still preserved. 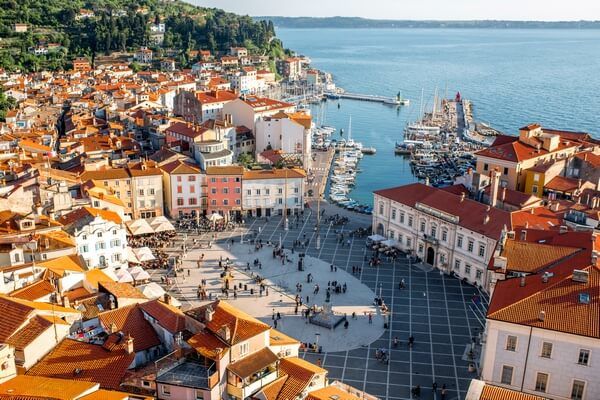 Superheroes in a pit

At the south of the country lies the Karst Plateau called Kras, which is known for a number of limestone caves. Together we can find more than ten thousand of these caves in Slovenia, including the oldest cave in the world open to the public – the Vilenica Cave, or the most beautiful one in Europe – the Škocjan Cave. However, we will look closely at the Postojna Cave (in Slovenian “Postojna jama”). Scientists also studied this cave and they discovered some intriguing animals – the so-called “human fish” (in Slovenian “človeška ribica”).

The real name of this species is olm or prote  and it’s a real superhero. It has poorly developed eyes covered by a layer of skin, but it can still distinguish between light and dark thanks to skin receptors. That’s still not all, though. This human fish can live up to one hundred years and can survive an incredible twelve years without food.

There is another interesting monument near the Postojna Cave – the Predjama Castle, which was cut right into the rocks. Under the castle, there is a network of underground passages, which were used by the owner of the castle Erazem Lueger to move between the village and the castle undetected. The legend surrounding how Erazem lost his life is also interesting. Supposedly, one of his servants betrayed him while he was sitting on a toilet. Now, that doesn’t sound very superhero-like anymore... 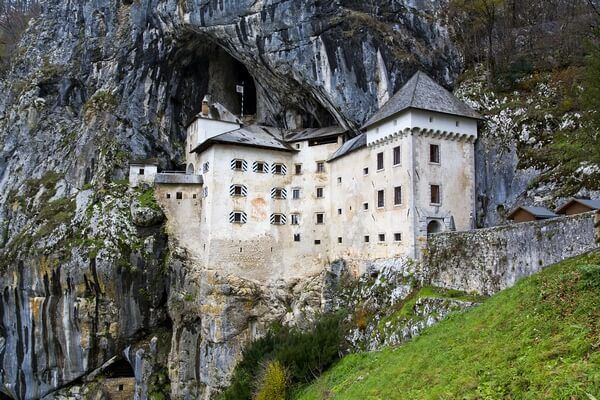 Slovenian wines are not very famous around the world and so very few people know that they are some of the finest. One of the very popular red wines is Kraški teran and popular white wines include Šipon and Beli pinot. An interesting fact: the city of Maribor is home to the oldest grape vine in the world. It made it through the Turkish invasion, fires, and even bombing. It’s 450 years old and, thanks to the fact that it’s listed in the Guinness Book of Records, it’s the biggest attraction in Maribor.

The monumental grape vine is 15 metres long and it leans on a historical building from the 16th century that once used to be a part of the city walls. Each vintage this unique vine produces 25 litres of Blaufränkisch wine (in Slovenian “modra frankinja”) that gets bottled in 250ml bottles. It won’t come as a surprise that these bottles are very expensive and are brought only on special occasions, for example as a gift to distinguished guests. Pope John Paul II., Bill Clinton, and Arnold Schwarzenegger all have their bottles.

« 5 reasons to subtitle (all) videos
Cultural differences in nonverbal communication »
We've made some important changes to our Privacy and Cookies Policy and we want you to know what this means for you and your data.I acceptMore information