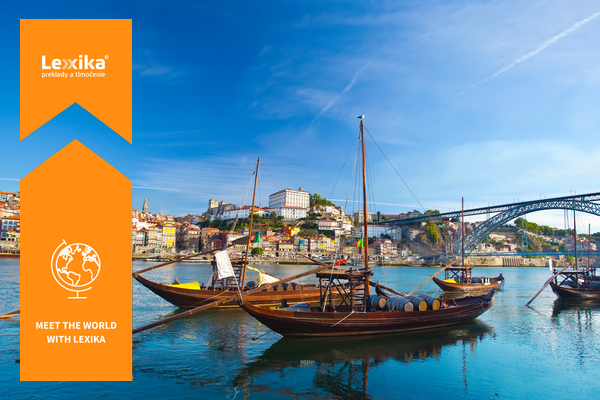 Did you know that famous explorers such as Vasco da Gama, Fernão de Magalhães or Bartolomeo Diaz come from Portugal? Maybe that is the reason why Portuguese is one of the most widely used languages of the world. In the ranking of the most widely used languages, it’s currently sitting in sixth place as an estimated 220 to 235 million people around the world speak Portuguese.

Portuguese is an Indo-European language belonging to the family of Romance languages. Due to its Latin origin, the Portuguese alphabet consists of 26 letters. Typologically, Portuguese is an inflected language, with no grammatical cases and omitted pronouns. The Portuguese language features several hundred dialects and the so-called Creole languages. One of those – the Galician dialect is considered an independent language and is spoken in Spain.

Portugal is home to the smallest group of Portuguese speakers

To be exact, only 5% of all Portuguese speakers live in the homeland of the Portuguese language – Portugal itself. However, if we consider the high population of Brazil or Mozambique, where Portuguese is also the official language, we can see why this would be the case.

Descendant of colloquial Latin and Arabic

The Portuguese language has been evolving on the Iberian Peninsula since the 3rd century. It stemmed from the so-called Vulgar or colloquial Latin, a spoken form of Latin used mostly by Roman soldiers and settlers. After the fall of the Roman Empire, Portuguese started to evolve from the Pre-Roman languages and its transformation into the present day form lasted until the 15th century.

Because of the Moors, who controlled the territory of Portugal between the 8th and the 15th century, the evolution of Portuguese was also significantly influenced by Arabic. This influence resulted in many Arabic loanwords that are still in use in Portuguese, many of which begin with the typical “al”, for example almofada (a pillow). There is also a traditional Portuguese proverb related to this word: “Não faças nada sem consultar a almofad”. It can be literally translated as “Don’t do anything without first consulting a pillow”.

The Last Flower of Latium, wild and beautiful

Apart from the rich history and wide-spread use, Portuguese has also received accolades from the eminent artists of the world. The famous Spanish writer and playwright Miguel de Cervantes Saavedra characterised Portuguese as a “sweet and kind language”. One of the reasons for this might be the fact that even though pronunciation and vocabulary differ a bit, its grammar is the same in Europe, America, Africa, and Asia.

Another devotee of the Portuguese language was a Brazilian writer with a poetic soul Olavo Bilac, who described Portuguese as “the Last Flower of Latium, wild and beautiful”...

« Bon Appétit. Do you know your culinary terms?
How to properly write formal emails in English »
We've made some important changes to our Privacy and Cookies Policy and we want you to know what this means for you and your data.I acceptMore information